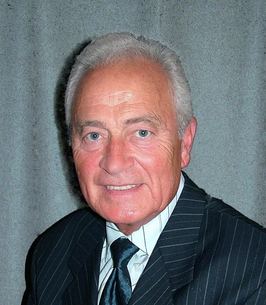 In addition to his parents, he was preceded in death by his wife, Myra Fox Woodfork, in 1991, and his brothers Basil L. Woodfork and Jerry L. Woodfork.

Larry received his undergraduate and graduate degrees in geology from Indiana University and completed postgraduate studies in statistics and petroleum engineering at WVU. He joined the staff of the West Virginia Geologic and Economic Survey (WVGES) in 1968 and was appointed Assistant State Geologist in 1969. He became Director of the WVGES and State Geologist of West Virginia in 1988 and served in that position until his retirement in 2002. During most of his tenure at the WVGES, he also held appointments as an Adjunct Professor in the Geology and Petroleum Engineering Departments at West Virginia University.

Larry’s participation in the geoscience professional organizations was legendary. He served as President of the American Geological Institute (AGI), the American Institute of Professional Geologists (AIPG), and the Association of American State Geologists (AASG). He was Chair of the House of Delegates of the American Association of Petroleum Geologists (AAPG) and was a Senior Fellow of the Geological Society of America. Among the many high honors and prestigious awards which he received are the AIPG Ben H. Parker Medal, AIPG Martin Van Couvering Memorial Medal, the AGI Medal in Memory of Ian Campbell, the AAPG John T. Galey Memorial Medal, as well as Honorary Membership in AIPG, AAPG, and AASG.

Following his retirement from the WVGES, he continued to participate in professional organizations and other activities promoting the geosciences. His largest such endeavor was serving as Chairman of the Board of Directors and Officers of the Corporation of the International Year of Planet Earth (2007 - 2009), a joint global initiative of UNESCO and the International Union of Geological Sciences.

Those acquainted with Larry may have known him as a mentor in the geological community who embodied a positive spirit of encouragement, a world traveler who enjoyed sharing his experiences, a fitness enthusiast who would strike up a conversation at the track, or a man who spoke with pride about his beloved family. He will truly be missed.

Friends may join the family to honor Larry's life and legacy at Smith Funeral & Cremation Care, 108 Holland Ave., Westover / Morgantown on Monday, August 29th from 5:00 - 8:00 PM and again Tuesday, August 30th from 12:30 PM until the time of the funeral service at 1:30 PM officiated by Pastor Jason Sheffstall. Interment will follow at Beverly Hills Memorial Gardens in Westover.