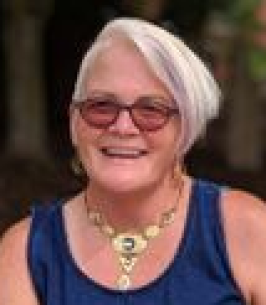 Dr. Helen P. Hartnett, 59, a distinguished and respected faculty member of the WVU Eberly College of Arts and Science, died Friday evening, January 21st, 2022 at her residence in Morgantown after a brief illness. Helen had been under hospice care in recent days and was surrounded with the love of her family when she passed.

Helen spent much of her career advocating for others. Prior to studying social work at The Ohio State University, Helen served in the Peace Corps in the Dominican Republic in the early 1980’s as a health and nutrition specialist. She later became a social worker practicing community organizing and political advocacy. She was a fierce advocate for people experiencing homelessness and some of her work included shaping housing policies, income support and health care access.

Helen was also a beloved professor in the School of Social Work and a prolific researcher. Along with Dr. Carrie Rishel, she was co-investigator on the School of Social Work Rural Integrated Behavioral Health Training (RIBHT) Program. This program has supported student training and West Virginia behavioral health workforce development since 2012. Helen was also lead investigator for the National Job Accommodation Network Customer Evaluation Project.

Helen was an outstanding academician, practitioner, and scholar, but she was an even better person. She cared deeply for others, had a wonderful sense of humor, and was an incredibly grounded person. Her mere presence brought joy to those who knew her and had the benefit of working with her.

She was born November 27, 1962 in Cleveland, OH, and was a daughter of the late William F. & Mae Kidd Hartnett.

In addition to her parents, she was preceded in death by a brother, Dan Hartnett.

At her request, Dr. Hartnett has been cremated. Details of a gathering to honor her life and legacy will be announced at a later time.

In lieu of flowers, please consider making a contribution in Dr. Hartnett's name to the WVU School of Social Work Fund at www.give.wvu.edu/ecas-SocialWork.

Smith Funeral & Cremation Care of Westover / Morgantown, is providing care and guidance to the family.